The NFIB has recently released the November 2018 Small Business Economic Trends Report. The nation-wide survey reveals some important trends in business potential. There has been some recently reported record-high positive business data, and these indicators are beginning to take shape as long-term trends rather than isolated data quirks.

Though the overall optimism rating dipped slightly, it still remains at near-record levels. Here is a telling quote from the report:

"Spending ... has eliminated excess capacity and now growth depends on increasing labor force participation and productivity gains through training and investment in new capital. Reports of unfilled job openings and few qualified job applicants are at record levels. Owners report raising compensation at record rates to attract new workers. While all of this helps, it will not be sufficient to restore potential growth quickly to higher paths that were eliminated by slow growth in 2008 - 2016..." (read the full report from National Federation of Independent Business here)

And the greatest reported problem:

... Twenty-five percent of owners cited the difficulty of finding qualified workers as their Single Most Important Business Problem (up 2 points), matching the record high reached in August...

It's no secret that finding qualified workers is getting harder and more expensive, and the mattress industry is no exception. We've pointed that out here and here...

This NFIB report is more evidence that solidifies the fact these manufacturing concerns are not going away soon. It's time to invest in new equipment that can grow productivity and shrink your dependency on expensive labor operating old, inefficient systems.

It looks a lot like this quilt panel de-stacker shown in this video, and it can make your factory wildly more productive.

By the way, this NFIB study points out that 61% reported they were making capital investments, another increase over October's report.

So, are you one of those cashing-in on growth optimism, or cashing-out on your future?
Visit www.gsgcompanies.com to see new equipment that can grow your productivity AND your optimism. 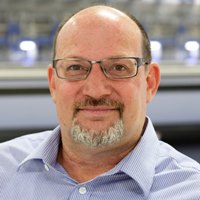